I have been doing a terrible job of keeping this up to date. Blame it on the wonderful people around me, the great work that I get to be a part of, the amazing trip that I just took, or any number of the many “distractions” that keep me away from providing you, my dear readers, with new news about my time abroad.

This blog is going to be not even about what is currently happening, as I have to write about Switzerland to keep you up to date. I had originally planned on blogging every day I was in Switzerland, but I ended up not bringing my computer, and so didn’t blog at all. As a result, instead of several entries, you get one big entry with everything crammed in.

The first day was all about amazing views and one great hike up a waterfall. After flying in, we hopped in the rent-a-car and drove to a beautiful hotel on the edge of a lake. Once there, we ate lunch (and I had tea) and enjoyed the view and great conversation. 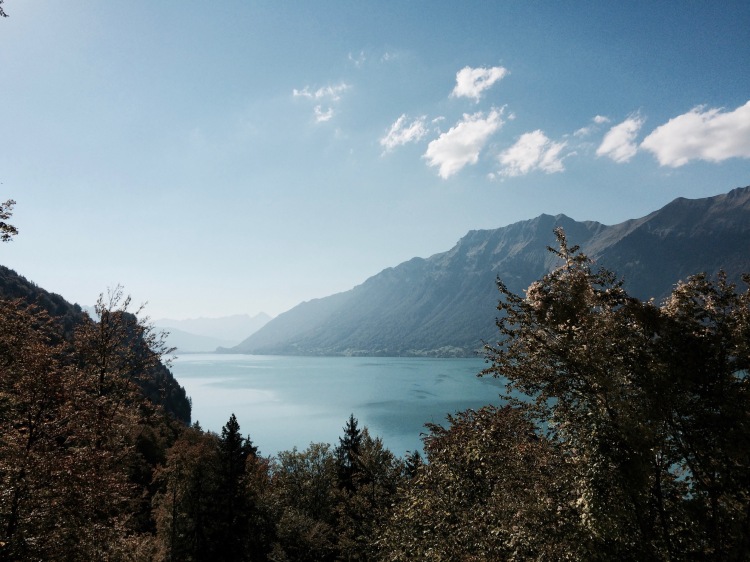 After the tea, we hiked up a waterfall that flowed behind the hotel. The waterfall had several drops and made for an exciting hike. Every new drop was like a whole new waterfall. It was one of the best hikes I had been on in a while, and this is counting Iceland. 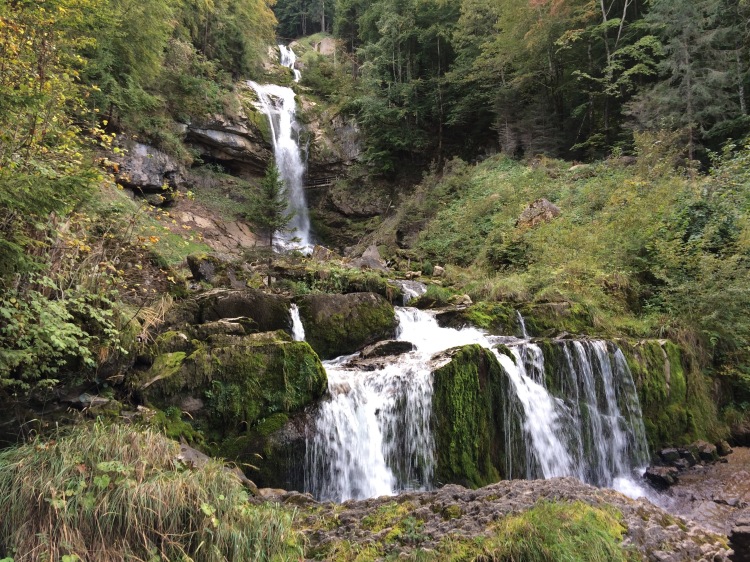 I have many pictures of the waterfall, so I might as well put them all here. 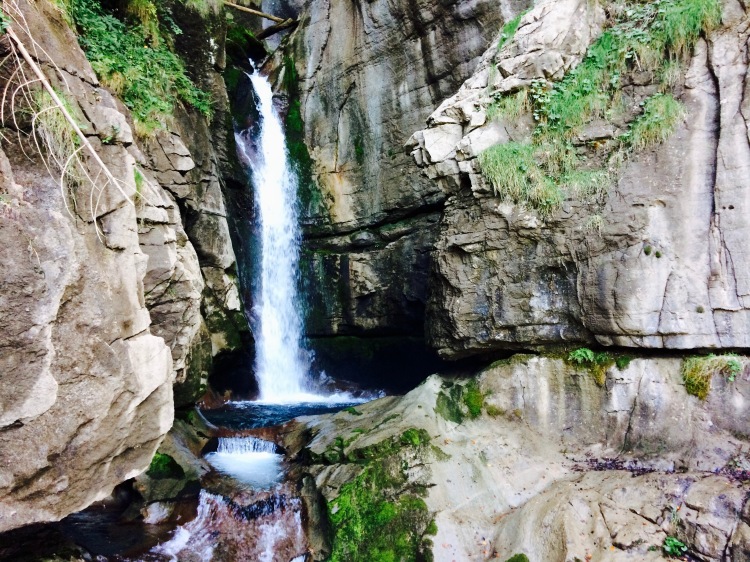 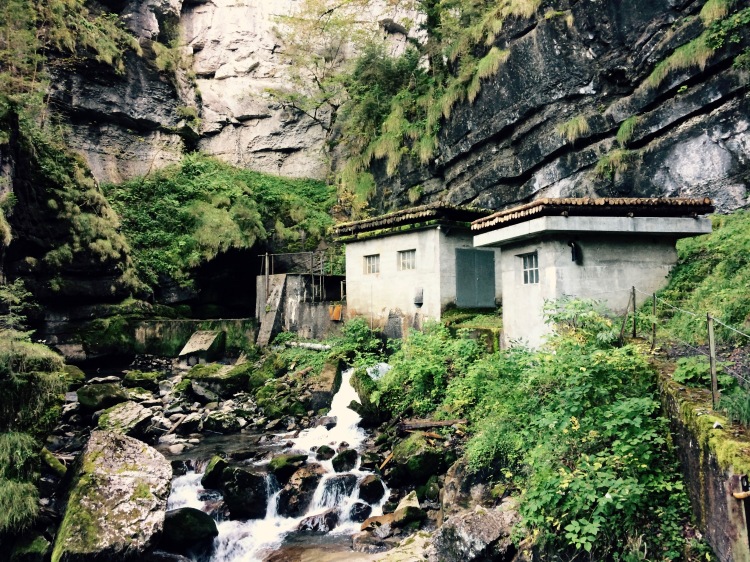 This last one is of the “top” of the falls. This was the highest point that got to that day. It might have been the highest point, but there was another trail that remained unexplored. The whole time we were on this hike we didn’t pass or see another person. It was wonderful to feel all alone in the forest.

After that we traveled to where we were staying for the night, which involved not only a drive, but also a cable car as the town where the hotel was located was inaccessible by car. Upon arrival, we had a quick but pleasant meal and headed off to bed.

The next day was spend exploring and walking all around the town. In the daylight, we were surrounded by gorgeous views of snow-capped mountains at every turn, and so spent almost all of the day outside on the trails that stretched across the heights. The featured image from this post is from that day. Much later we took a cable car back down, stopped by this river, and then headed on to the YWAM base. 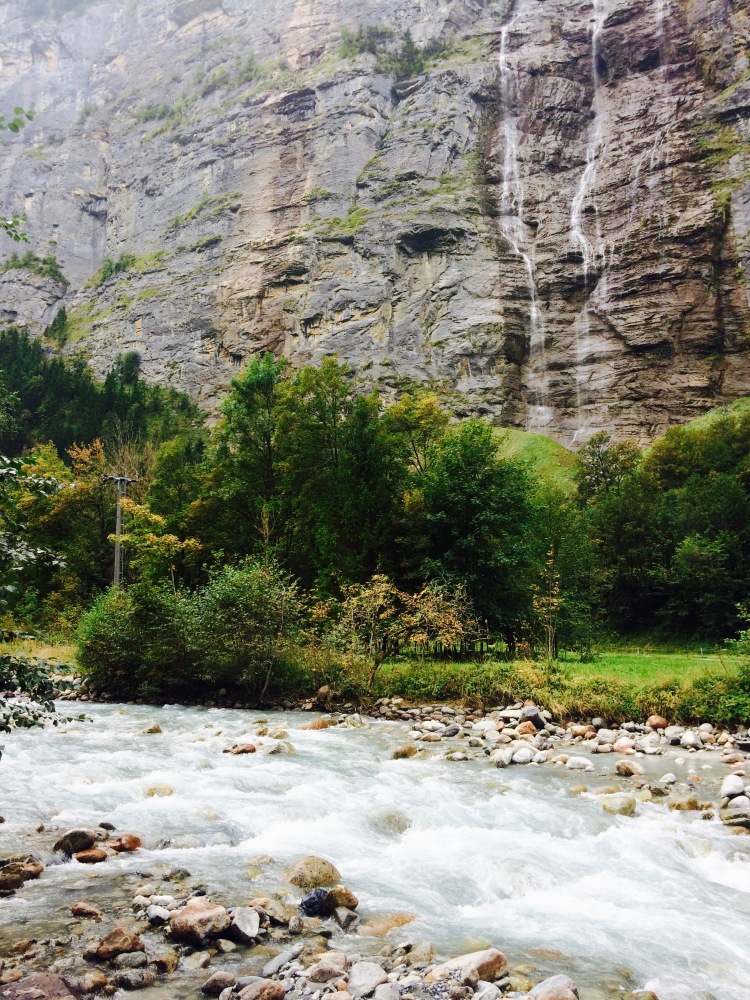 For those who do not know, not only was Switzerland a chance to visit a place that had been on my bucket list for years, but it was also a chance for me to get to see my sister and her new husband. We spend the rest of the evening with them, eating dinner and playing monopoly.

The next day was spent mostly in Bern. While I normally don’t like city-days, I did enjoy this one. Not only did we get to explore a church, but we were able to climb the center tower and look out over the panoramic views of the city with the hills in the distance. 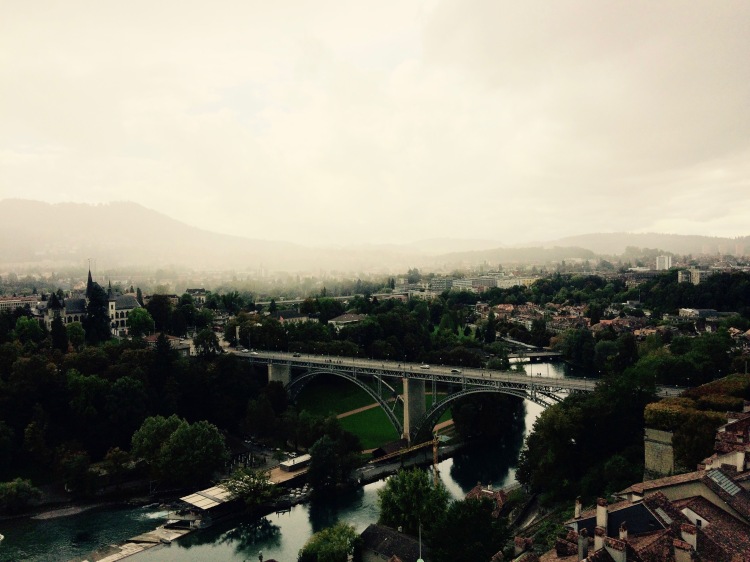 That afternoon we said farewell to my father, who had to head back early, and then spent the rest of the evening and night chilling back at the YWAM base.

Our final day began with the simple plan to see one more waterfall. My mom and I said goodbye to my sister and her husband and then jumped back in the car to drive about 90 minutes to a waterfall that I had found the night before. It was an impressive waterfall, made more so by the glacier behind it, but on the way there my mom had found out about this opportunity to take cable cars up one of the mountains. Even better, once at the top, we could collect these special bikes and ride all the way down the mountain. It was pretty much skiing for the summer. There were even multiple paths down, and we opted for the longest and hardest trek. 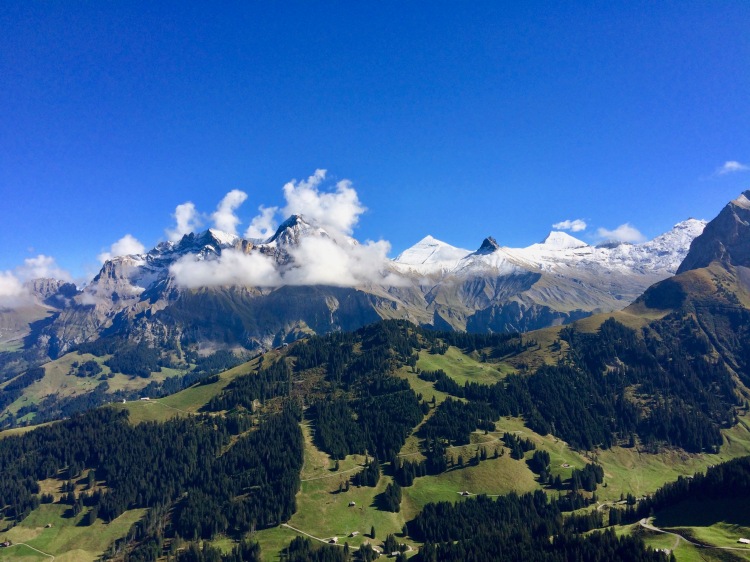 This was the view from the top. Everything about this experience was amazing, from the ride up to the food at the restaurant at the top to the ride down. It would be hard to call it my favorite day because all of it was wonderful, but it was just about perfect.

Well I think that wraps up Switzerland! You are now pretty much up to date! I just finished another paper, as the official term has begun here at Oxford. I will try to include more of my life here, but no guarantees.