I think today, combined with all of my past experiences, is enough to ensure that I will always use AirBnB when I travel.

I woke up this morning with my alarm which I had set the night before to make sure that I didn’t sleep through breakfast. Not every AirBnB offers breakfast, but some do, and the reviews had mentioned that the breakfast at this residence was particularly good. I got ready for the day and headed downstairs, only to be met by a another houseguest sitting across the table from me. I knew that the house had two rooms for rent, but I did not know the other one was occupied. Her name was Romy. A recent graduate and photojournalism major who was fulling her seven-year-in-the-making dream of visiting Iceland. I could be biased, but I think the best of introductions are over fresh scones with self-harvested honey and homemade wild blueberry jam.

We talked for a good while before returning to our rooms to pack up. She had stayed for more nights than me, but we were both leaving at the same time. As we got up from the table, she offered to drive me to my next destination. I thought it over while packing up as there was also a possibility of seeing a waterfall that I wouldn’t be able to get to if I took the bus.

The title image of this post is of her at the waterfall. An hour of good conversation later, we hopped out of the car and walked around the waterfall, exploring and stopping every few feet to catch a new angle of the cascade.

After that, she drove me to the departure point for the ferry and we said goodbye.

The ferry was from the southern coast of Iceland to a series of small islands, called the Westman Islands (in English), that are the result of a series of volcanic eruptions. Even before this day began, this was the day of the trip that I looked forward to the most. There is something so romantic and wonderful about islands, and so I was thrilled to get to spend a full night on one. I did my best to stay away from pictures of the island, and I am glad I did, as it was so stunning and worth having my first impression in person. There is a picture of my approach to the island on a previous post, but here are a couple more.

The white house with the gray roof on the left side of the street is where my bed is tonight.

The fog was a bit disappointing on approach to the island, but after disembarking, it was wonderful. It did reduce some of the fun of the hike that I did to the top of the volcano, but nevertheless it made for some cool pictures and for an overall cosy feel.

So after walking around the island for some time, which involved not only exploring the volcano dome but also walking from coast to coast, I decided to grab some dinner. Since this had already turned out to be an amazing day, I decided to splurge on dinner and go to the highest rated restaurant on the island (to be fair, there aren’t many to chose from). While there I was able to try Björk: a liqueur made from Icelandic birch trees. I had read about it in a magazine on the plane, and I was so interested to try it. It was actually really good and really cool. To top it all off, it was served in a frosted glass. 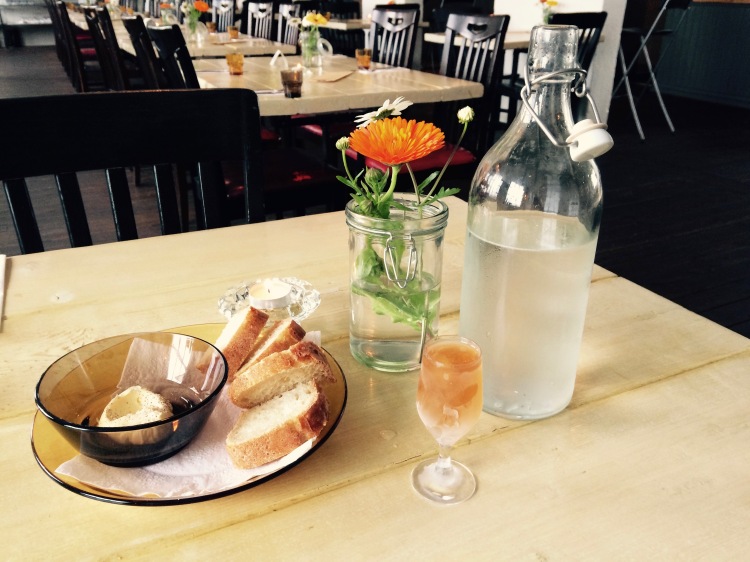 The actual entree was amazing, easily the best food I have had at a restaurant in recent memory.

Well that wraps up another day for me, as I sit in my room, winding down for the night. Turns out the place I had booked was a guesthouse, and no one else is staying here tonight, so the host upgraded my room for free. I don’t think this day could have been any better.

One thought on “The Best Day”